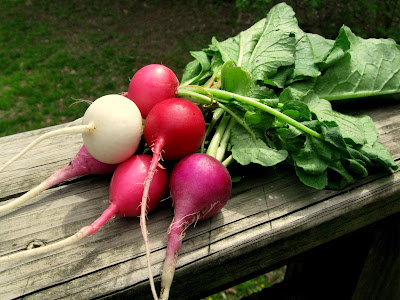 Our garden this year is off to a great start due to the early spring and my actually getting off my butt this year and starting quite a lot of things from seed, rather than waiting on the local stores to get stuff out.  Seems they are always late.  Plus, they don't have the greatest variety of plants.  This is my first year growing radishes and I am stoked!  They came out so beautiful and SO tasty.  I've been making a radish/ cucumber salad that is to die for.  I mean seriously good. 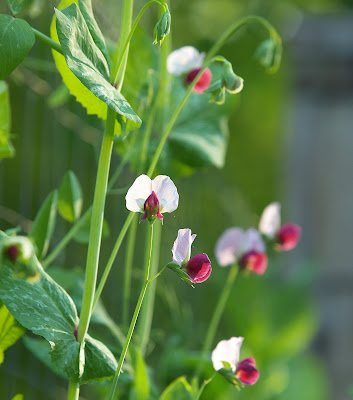 Jack wanted to experiment with more raised bed gardening so we are slowly transitioning over to large concrete block beds.  We get the blocks from a local concrete company as seconds (although I can't see much wrong with them) so it's much more affordable than buying new block.  Not the most attractive things in the world but you can make them look okay.  Beautiful plants like thins growing in them makes them much more attractive! 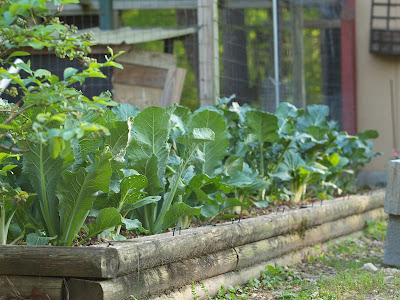 This is the old strawberry bed that never produced a whole lot and was terrorized by moles and wild violets.  Jack dug the whole thing out, laid mole barrier in the bottom, refilled it with enriched soil and now it's got a bumper crop of broccoli and cauliflower in it.  We have a local farm that sells the best strawberries ever, so I'd just as soon buy from them.  They are reasonable and organic. 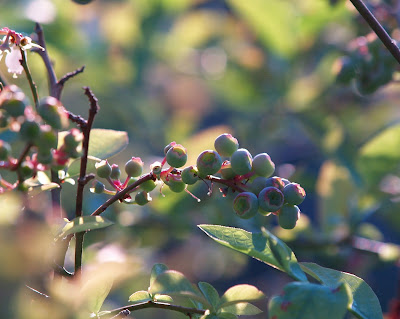 Seems we'll also have a bumper crop of blueberries this year too.  This is especially great because blueberries are very anti-histamine and I've found a recipe for a coconut milk, blueberry, mango smoothie that is wonderful!  I have one several times a week now so I'll be freezing quarts and quarts of these these beauties this year.  Not so much jam but that's okay. 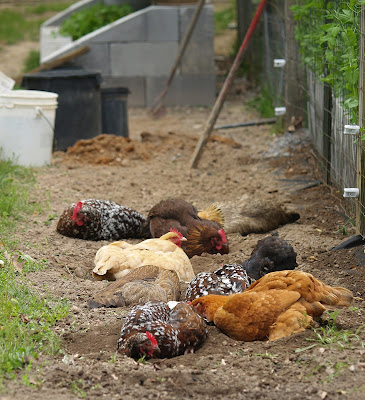 Jack was attempting to till up the okra space but the girls commandeered it for bathing.  They thought it mighty kind of him to make that bath space just for them.  They have all been through their spring worming and are laying pretty good right now so they deserve a few treats! 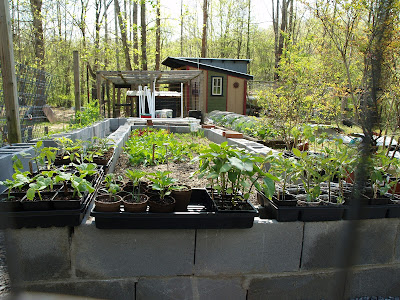 One view of the new raised bed area.  I've planted most everything that you see in those starter pots and it's all well on it's way at this point.  Still have not finished planting the main garden but we are getting close. 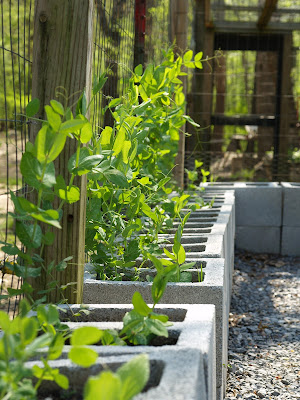 We are also experimenting in planting in double size concrete block.  Seems to be going okay at this point.  This is an old photo and these sugar peas are well over the top of the fence now and making little peas!  If we have enough stuff we are also going to try selling at the local farmer's market this spring.  This was another one of Jack's ideas!  I'm all for it though, if we can produce enough stuff!  I think we'll have some different things, more heirloom veggies and stuff but whether that appeals to anyone in this area remains to be seen.  Anyway, we'll have lots of fresh veggies and fruits and it's very gratifying to grow so much tasty food!

Labels: block work, chickens, creative building, fruiting plants, garden, getting off your a$$ 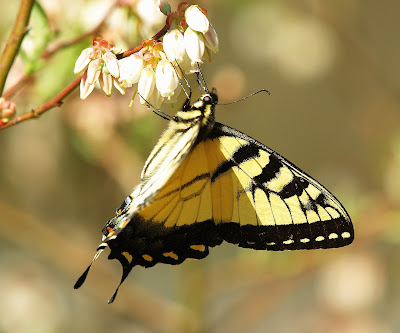 Just a few scenes from this beautiful spring we are having here.  I hope the weather is nice where you are. 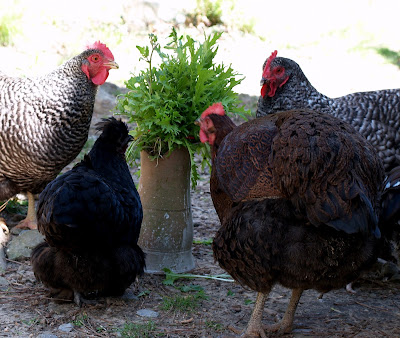 I am trying to get together a post on more of my allergy findings and treatment.  The past few days I've been dealing with one of my headaches though...so it's going a little slow.  I am making progress with the allergies but there is a lot of backing up and punting going on as I learn! 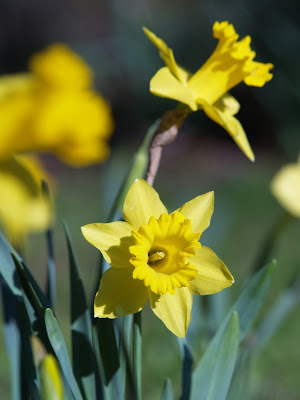 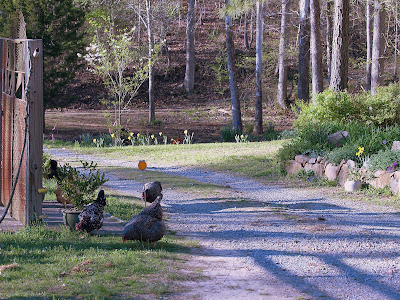 I'm also trying to get over the idea that I have to post a long, drawn out literary work every time I want to put something up here.  I think that's why so many bloggers get drawn away from blogging and over to Facebook.  A few photos here with no text is just fine too. 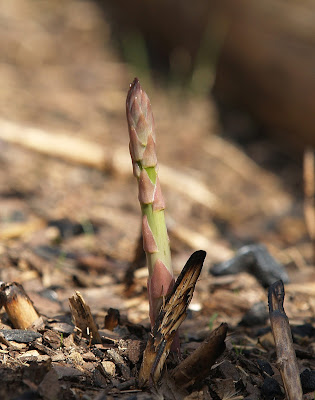 A favorite spring delight!
Posted by MamaHen at 11:05 AM 7 comments: