My Heart Is Broken 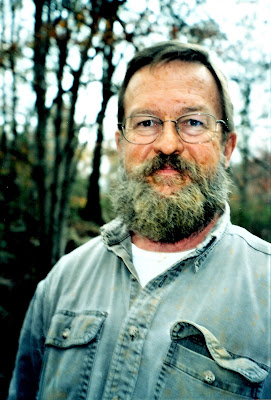 October 23 my heart was ripped in half.  Allen passed away suddenly from a massive stroke and I don't think my heart will ever be whole again. If you've read this blog for long then you know Allen and how much a part of my life he was and I was to him. Well beyond just former romantic partners, we were best friends, cohorts, work buddies. Allen and I have been together for 27 years, in one form or another. Almost all of my adult life. I met him when I was only out of college maybe a year. He was there to help me through my brother's death. He is the reason I got into construction and became a tradesperson. No matter what life brought, we were always there for each other. It occurred to me the other day that, even though we never took the marriage vows with each other, we lived them with each other and it was only death that parted us.

I've experienced well over my share of pain and heartache in my life. And I've gotten a belly full of Life's unfairness. We had finally found freedom from taking care of others (Fred passed away in April), Allen was able to do whatever he wanted with his property and life, and we were enjoying just being. He was joyously working on building a coffeeshop, after spending his entire life building things for everyone else. No worries but what to have for lunch or supper.
It was just me and him again and, although we remained just friends, we were closer than we had been in a very long time. We were having fun and I was starting to feel better after finally getting my meds adjusted correctly. Finally feeling like living again. All those years we, but mostly he, took care of Fred and took his abuse, and Allen doesn't even outlive him a year. There is nothing that will ever make sense to me anymore. Nothing is fair, right, justified....nothing.

I am eternally grateful that I was with him and able to get him to the ER in a timely manner but it came on so fast no one seemed to see it coming. It actually appeared to be his heart at first. The last thing he knew was talking to me and that I was holding his arm. He "lived" until the next day when they took him off life support but I know he passed away not long after he lost consciousness.

It's really hard for me to understand he's gone. I swing between numbness and the most excruciating pain I've ever known. I can only hope he understood how much I love him and that one day we will be together again.

I can feel the anguish and pain in your words. Hopefully, the jagged hole can heal in time. I know you will mourn for a long time. I can only say how sorry I am. I lost purely platonic friend of 20 yeas, and we were close except for the intimacy of a relationship. I mourned for a year. I am so sorry you have to go through this heartbreak. Keep us informed of your pain and plans.

I've really enjoyed some of the pictures you've posted of Allen on Facebook, especially the one of him on the tractor.

Hey Linda, thank you. I feel like I've been widowed, really. I appreciate your kind words.

Hey Ed, thank you. He loved that old tractor!